Terns Pharmaceuticals Announces Completion and Positive Results from Phase 1 Clinical Trial of TERN-201, a SSAO Inhibitor in Development for NASH

FOSTER CITY, Calif. --(뉴스와이어) 2020년 07월 31일 -- Terns Pharmaceuticals, Inc., a global biopharmaceutical company focused on discovering and developing innovative therapies to treat liver disease and cancer, today announced positive results from its completed Phase 1 single ascending dose and multiple ascending dose study of TERN-201, a semicarbazide-sensitive amine oxidase (SSAO) inhibitor, being developed for the treatment of non-alcoholic steatohepatitis (NASH). The data from the first-in-human clinical study of TERN-201 demonstrate that single and multiple oral administrations of TERN-201 were well tolerated with no significant safety findings observed. Each dose level studied showed potent target engagement and achieved near complete inhibition of plasma SSAO activity that was maintained up to one week after single dose or repeat dose administrations of TERN-201.

"Overall, these data suggest TERN-201 is an industry-leading SSAO inhibitor with the potential to be a promising new therapy for NASH and other inflammatory diseases,” said Erin Quirk, M.D., President and Chief Medical Officer of Terns. “These positive data further solidify our approach of building a diverse NASH pipeline and move us closer to our goal of developing safe and effective NASH combination regimens.”

The Phase 1 TERN-201 trial was a multiple phase, single- and multiple-ascending dose study in healthy human participants. In the first phase, study volunteers received a single dose of TERN-201 or placebo in ascending dose cohorts. In the second phase of the study, healthy participants received repeat doses of TERN-201 or placebo to 7 or 14 days, also in ascending dose cohorts. The primary endpoint for each phase of the trial was safety and tolerability. Secondary endpoints included pharmacokinetics (PK) and pharmacodynamic (PD) biomarker assessments of SSAO target engagement.

SSAO, also known as VAP-1 (Vascular Adhesion Protein-1), is a dual-function amine oxidase which increases oxidative stress through the generation of H2O2 and promotes recruitment of white blood cells in the liver, which results in increased oxidative stress, inflammation and hepatic fibrosis. The level of surface SSAO is upregulated in the vasculature of inflamed tissues, and soluble SSAO levels are elevated in patients with NASH. Inhibition of SSAO is believed to have therapeutic benefit for the treatment of NAFLD, NASH and other chronic fibrotic liver diseases. TERN-201 is a potent SSAO inhibitor which provides an additional treatment mechanism for NASH by reducing oxidative stress and recruitment of white blood cells to the liver. TERN-201 is highly specific for SSAO, with a preferential in vitro selectivity index to SSAO over off-target monoamine oxidases (MAO) of >7,000-fold. Certain MAOs could be associated with potential drug-drug interactions in the NASH patient population

Non-alcoholic steatohepatitis (NASH) is a severe form of non-alcoholic fatty liver disease (NAFLD), which is caused by the accumulation of excess fat in the liver. NASH is associated with chronic liver inflammation and liver cell injury, and it can lead to fibrosis, cirrhosis, and eventually liver cancer or liver failure. Global rates of NAFLD and NASH are increasing rapidly, in tandem with rising rates of obesity. There is currently no approved medication for the treatment of NASH.

Terns Pharmaceuticals, Inc. is a clinical-stage pharmaceutical company that is focused on the discovery and development of medicines for chronic liver disease and cancer. Based in China and the United States, the company is advancing a pipeline of drug candidates for the treatment of non-alcoholic steatohepatitis (NASH), primary biliary cholangitis (PBC), and cancer, across multiple modalities. Terns leverages world class expertise in disease biology, medicinal chemistry, and clinical development in order to bring promising new therapies to patients. 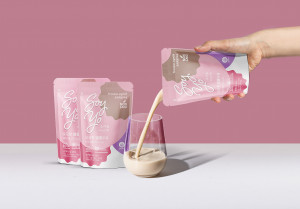